Gold is money. It provides wealth protection because it maintains its purchasing power better than paper currencies.

At present, the world’s major currencies are suffering from significant losses in purchasing power. The Japanese yen, the British pound, the euro and the US and Canadian dollars have all lost 70 to 80 percent of their purchasing power against gold in the past ten years. Every paper currency ever printed has eventually lost purchasing power against gold. In fact, no fiat currency not backed by gold has succeeded as a stable store of value, and yet no gold-backed currency has ever failed. today no currencies are gold-backed, because various governments have terminated convertibility.

Reasons to own gold include:

In reality, gold is not rising in value – currencies are losing purchasing power against gold. It is an inverse relationship, and this implies the price of gold can rise as far as currencies can fall. Currency printing is the only tool central banks have to fight the deflationary consequences of outsourcing, high unemployment, an aging population, endless war and the interest payments on the debt they are creating. The currency crisis we are facing has created a perfect storm for gold.

Gold Bullion is No One’s Liability

Gold is money that banks and governments cannot expand. Precious metals bullion is beyond the control of bankers and politicians – they cannot simply print more of it. Buying gold is, therefore, portfolio insurance against the failure of the policies and practices of banks and governments.

Some analysts believe gold will hit peak production in 2015. With the fall in gold prices and subsequent production cutbacks of costly projects, gold production is flat to negative. Chinese and Indian demand alone will absorb most, if not all, of 2015’s global mining supply. There is little chance of future production increasing significantly.

During the past two decades, only a handful of large gold deposits have been discovered, and these are in the far north, or in politically sensitive countries like Ecuador. Even when gold is discovered, there are many hurdles to overcome on the road to production. Environmental restrictions, the threat of nationalization, heavy taxation and expensive infrastructure costs are but a few.

After nearly two decades of net selling, in 2009 central banks began to reverse a generational trend by becoming net buyers of gold. Central banks will continue to be the largest buyers of gold over the coming decades, because they see the currency crisis ahead and want to diversify out of fiat currencies and into real money – gold.

Today the Chinese government encourages its citizens to put 5 percent of their savings (and China has one of the highest savings rates in the world) into gold bullion. They will increase their buying as they see currencies continue to lose purchasing power. In 2014, Chinese and Indian buying alone accounted for all annual global gold production from mines. This demand for gold from the general public will spread to the West as people begin to understand the financial reality our economies are in.

Eventually, central banks and the public will have competition from pension funds, sovereign wealth funds, insurance funds, mutual funds, hedge funds, private equity funds and private wealth funds. Pension funds have not even begun to move into gold. When the large funds, the real movers of the financial markets, begin to acknowledge the need to hold gold in their portfolios and allocate a small percentage of their Assets Under Management to gold, we will see substantially higher prices for the precious metal. 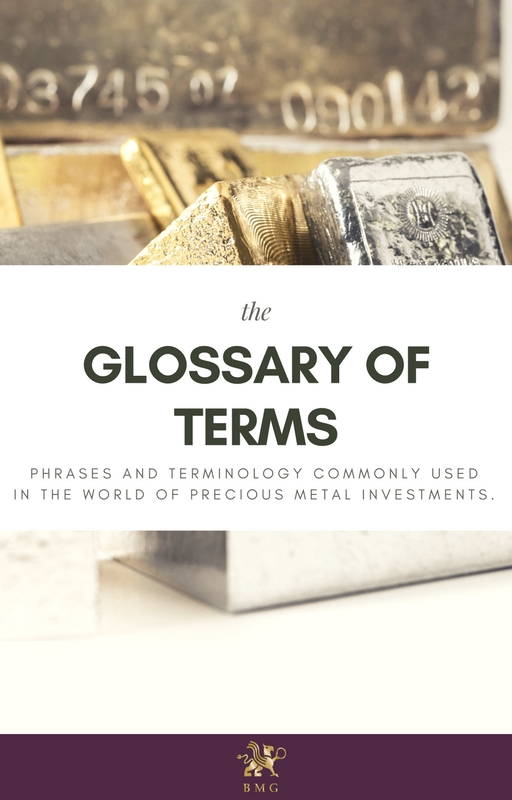 BullionBuzz is a weekly eNewsletter that offers investors a quick snapshot of must-read news pertaining to the markets and precious metals.
Subscribe
Copyright 2003-2021 BMG Group Inc. - All Rights Reserved