Gold is on the rise. It recently surpassed $630 per ounce, an increase of more than 145% from its low of $254. As of mid-2005, it has increased approximately 30% in all currencies, and is no longer simply reflecting US-dollar weakness. Media coverage attributes these increases to supply shortfalls, geopolitical concerns, rising oil prices, inflation fears and US financial imbalances. The reports typically focus on trading implications, since most investors and analysts think of gold as a short-term speculative trade in an industrial commodity. Platinum and silver have both outperformed gold since 2000, but they have received little attention. There is, however, an important reason why investors should pay attention to precious metals: strategic asset allocation.

Strategic asset allocation ensures a fully diversified investment portfolio by properly balancing asset classes of different correlations in order to maximize returns and minimize risk. While many investors believe their portfolios are diversified, they typically contain only three asset classes – stocks, bonds and cash. Real estate, commodities, precious metals and collectibles rarely form part of most investors’ portfolios. Containing only three asset classes out of seven, such portfolios are clearly not adequately diversified. Precious metals provide effective diversification and improve returns, while at the same time reducing volatility during both bear and bull markets. The old Wall Street saying, “Put 10% of your money into gold and hope it doesn’t work,” still holds true today.

The validity of this old adage was recently confirmed in a June 2005 study carried out by Ibbotson Associates. Bullion Management Services Inc. commissioned the study, entitled “Portfolio Diversification with Gold, Silver and Platinum.” Rather than examine the fundamental reasons behind the current bull market in commodities, it addresses the fact that relatively little research has been done on the role of precious metals in strategic asset allocation. Particular attention was spent on the correlations of precious metals with traditional asset classes, and how this relates to diversification. Importantly, the Ibbotson study did not take into account the various drivers currently contributing to rising prices. Instead, it used current (low) CPI statistics, and projected a continuance of similar performance for equity and bond markets.

Low correlations between asset classes are the basis for diversification. Many investors believe their portfolios are diversified if they contain a mix of stocks, bonds and cash. Unfortunately, correlations between traditional asset classes have been on the rise resulting in portfolios that are not adequately diversified. From 1926 to 1969, the correlation between annual total returns for US stocks and bonds was an attractive -0.02. Recently, US stock and bond market correlations have increased. This tendency is reflected in the 10-year rolling correlations from 1970 through 2004 that ranged from -0.03 to 0.80. The uncertain diversification benefit, in combination with attractive returns observed in other asset classes, drives the vigor with which opportunities in non-traditional (or alternative) asset classes have been pursued in recent years. The primary method for improving the risk-return characteristics of the efficient frontier is to expand the opportunity set of available asset classes.

Ibbotson’s study examined a 33-year time period from February 1971 to December 2004. While there is data available for gold and silver that predates 1970, it is less pertinent because the US dollar was still convertible to gold at that time, and the price of gold was fixed. After US President Richard Nixon closed the gold window on August 15, 1971, the price of gold was allowed to float.

Although there is some debate on what constitutes an asset class, it is generally agreed that there are capital assets such as stocks, bonds and real estate, consumable assets such as commodities and store-of-value assets such as currency and fine art. The fact that precious metals are both consumable assets and store-of-value assets is not well understood by the investment community. While the three constituents are all precious metals, gold and silver have a long history as monetary assets and are often viewed as a safe harbor during times of crisis or high inflation. Conversely, during an economic expansion, the commodity demand for silver and platinum is thought to increase.

Since an investment in mining stocks does not provide a direct exposure to precious metals, the study focuses on a direct, physical investment in an equally weighted portfolio or composite of gold, silver and platinum bullion. Ibbotson constructed an equally weighted composite index using gold, silver and platinum bullion, and referred to it as the Spot Precious Metals Index (SPMI). Ibbotson used this Index as a proxy for the precious metals asset class.

While the standard deviation of the SPMI is quite high in isolation, according to modern portfolio theory it is the interaction of asset classes with each other that provides diversification. Of the 33 years of annual data, there were nine years during which US large-cap stocks had negative returns. During these nine years, the SPMI had the highest average arithmetic return.

Of the 33 years of annual data studied, there were six years that the equally weighted portfolio of traditional asset classes had negative returns. The average arithmetic return of the portfolio of equally weighted traditional asset classes for these six years was negative 3.5%. For the same six years, the average arithmetic return of the SPMI was a positive 13.4%. Precious metals provided positive returns when they were needed most.

While there are many paper proxies for precious metals that can provide trading opportunities during a bull market, the hedging benefits and protection against Fat-Tail events such as a currency crises or derivatives accident may only be available if actual bullion is held. Many precious metals investments are simply counter-party liabilities and not an actual investment in bullion. In the event of a counter-party default, the benefits of bullion may not be realized at exactly the time when they are needed most. From a strategic asset allocation point of view, therefore, it is critical that fully allocated, segregated and insured gold, silver and platinum bullion is held.

For a full copy of the Ibbotson report contact Bullion Management Services Inc..

A Primer for Gold Newbies

$18T Reasons to Give Gold for the Holidays 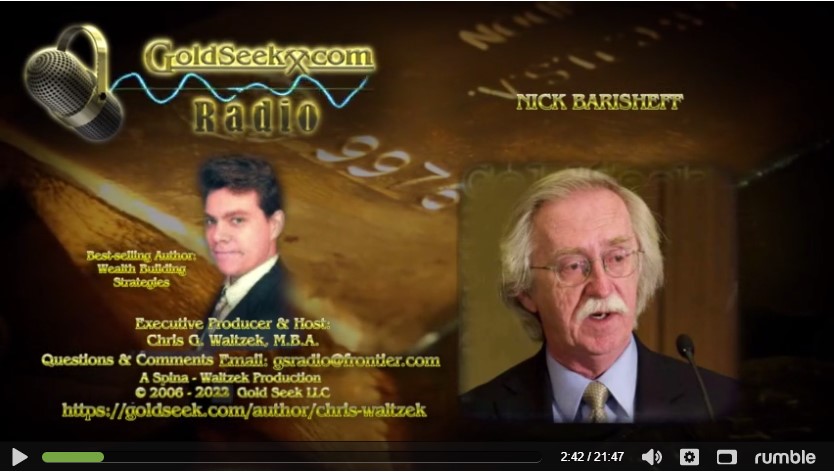